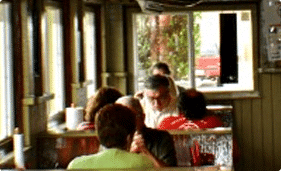 Watching planes take off into the vast blue skies…

Laughter among friends being lifted and carried along with the wind… South Pacific decor with a splash of aviation history… all aimed at creating the feeling that one has had a change in latitude (and of course attitude) upon arriving. These are the images that Gail and Ted had when the concept of “High Jackers” came into being on August 17, 2001.

With the opening of the restaurant, they aspired to offer patrons a place to come for friendly service, great food, and an atmosphere that entices you to step away,relax, and enjoy. They intend to carry the high quality and excellent reputation of the similarly named “sister” location, High Tides at Snack Jack in Flagler Beach, into the new establishment.

The Flagler County Airport served as a base for Navy planes during World War II – a war the United States found itself pulled into following the surprise bombing of Pearl Harbor. That attack in many was paralleled the tragedies in the united States of America on September 11, 2001. Once again America found the unthinkable becoming reality.

In the weeks following September 11, Gail and Ted anguished over whether the name of the restaurant should be changed. Finally drawing on the advice of President Bush to a nation in mourning, urging us all to continue our daily lives and enjoy our freedoms as Americans, lest these terrorists win, the staff and owners ultimately chose to let the name remain the same.

The staff and the owners honor all those we lost those fateful days and will continue to stand proud to be American, living in “the land of the free and the home of the brave.”

Switch to our mobile site